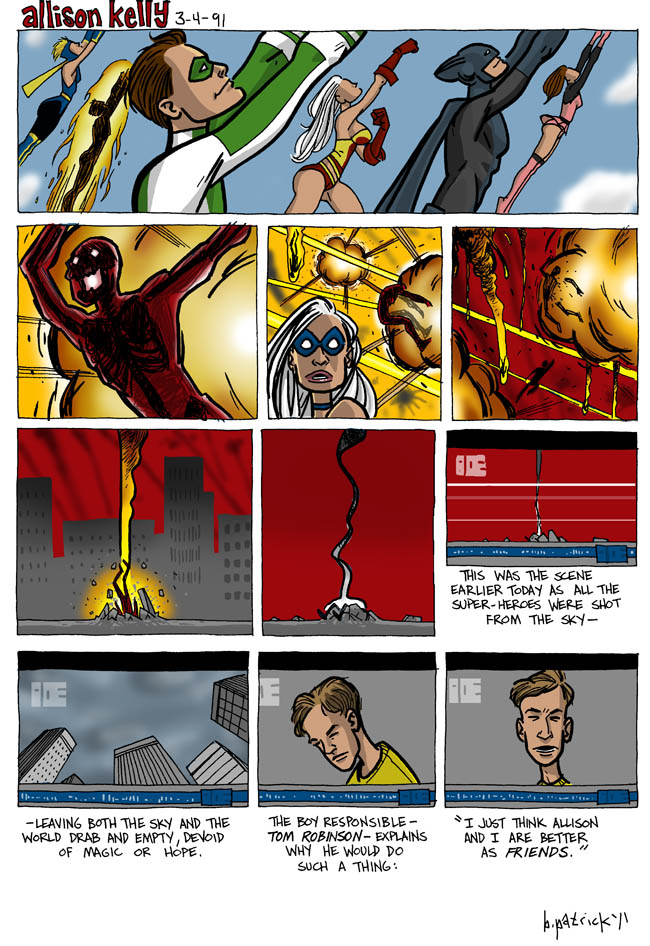 Back on schedule. Yes.

This comic was inspired by Neutral Milk Hotel lyrics. At least I hope it was “inspired by” and not “ripped off from”. In the interest of full-disclosure I should probably mention that I’m Sure I Don’t Know was inspired by Guided By Voices lyrics and eat shit & die 162 was inspired by a Morrissey song. I think that’s it.